Travelled: 99 kms from Wyandra to Cunnamulla

It’s a relatively short drive to Cunnamulla this morning. We have already gone for a walk to the beach and back (see our Wyandra Blog), serviced the Jayco and said our goodbyes.

Unfortunately the road has not improved, the 100 kms to Cunnamulla is slow and bumpy. Pam has lost two fillings but I have promised to glue them back in once we are safely in Cunnamulla and I can mix up some arildite.

Map of Cunnamulla, the icon on our campsite.

We roll into Cunnamulla and drive straight down to the centre of town spotting a bakery as we do. So we stop to buy some bread from the rudest woman I’ve met so far today.

Then we drive a little further finding the information centre. We seem to have arrived just after a bus load of older people than us, half of them with zimmermans. Several tuggers full of nomads are trying to park around the bus just to add to the scene. It becomes a chaotic scene of old people milling about taking photos of nothing worth photographing or arguing about which way to the toilets. After taking a shortcut across the grass we manage to beat them all and to get to the information office first.

The information officer is obviously having some sort of mental episode. I ask a question, he answers with a question. When I repeat the question he makes a sarcastic comment. This cycle repeats itself a couple of times, Pam gives me the nod, as it is apparent I’m seriously considering coming to blows with this dick. So we walk away, he walks out of the office and follows us waiving a pamphlet about something or other.

Enough stress for one day, we drive the Jayco along to Cunnamulla’s only caravan park and meet the twin sister of the woman from the bakery. We come to the conclusion the bore water is driving the locals nuts.

Settled into a tiny spot in the corner, the Jayco now towering over some couples tent like a solar eclipse. They don’t appear happy as they will now be in the shade for the rest of the day. I tell them I didn’t pick the spot.

The bikes unloaded we head off to explore Cunnamulla.

Across from the bakery, a small reserve perhaps a bit cluttered. The memorial fountain is dedicated to those who enlisted for the First World War. The field piece dedicated to the Second World War.

Following the town map we ride to Cunnamulla’s railway station. The line closed in 1994, but it appears a government grant has given the site a facelift. You can zoom in and read the info panels if your interested.

We ride on to Cunnamulla’s water tower, another work by Guido Van Helton (2019) depicting local children at sport.

As we ride past the information centre which is now closed so it’s safe.

The afternoon is sliding away and there is a chill in the air as we ride a few kms out to the cemetery. We enjoyed the walk around as usual, noting the huge number of children’s headstones as we do.

We have done Cunnamulla as best we can. 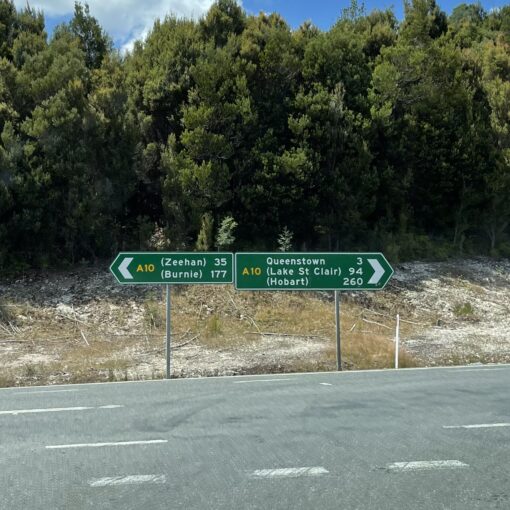 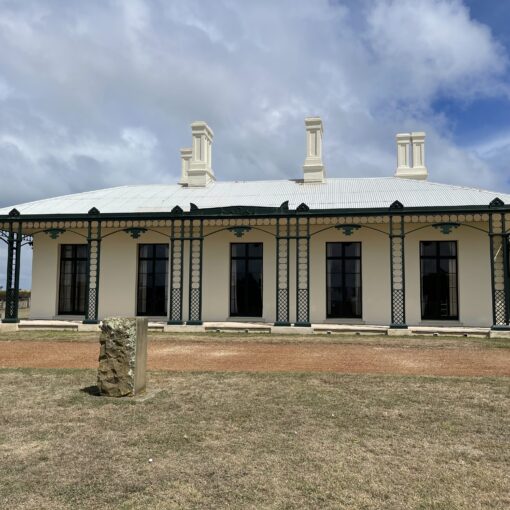 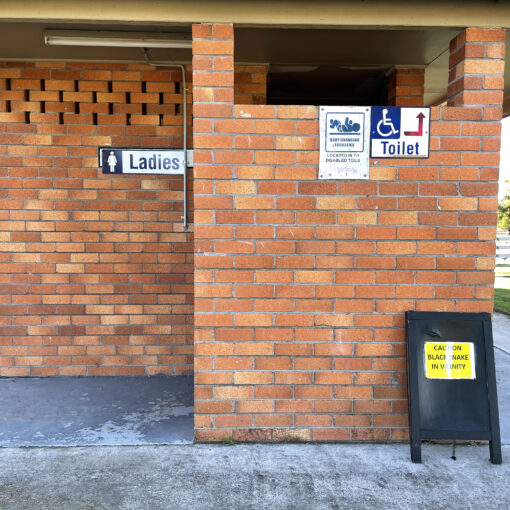 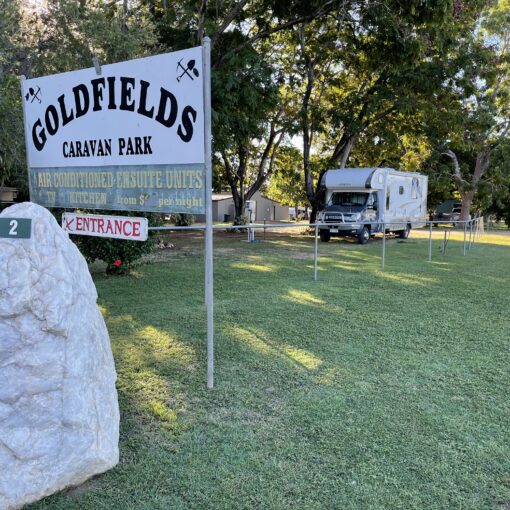 Leave a Reply to Rob and Krys Henshaw Cancel reply