Travelled: 118 kms from Young to Forbes in the NSW

After coffee and a few chores we point the Winnebago at the gate and start a new day.

We arrive in Grenfell 40 minutes later. Driving around town once as we normally do before finding a parking spot near the new pool which looks amazing.

After breakfast we walk off to explore Grenfell.

Grenfell was originally known as Emu Creek, a gold mining claim was staked here in 1866. It was proclaimed as Grenfell in 1867, named in honour of John Grenfell the State’s Gold Commissioner who had been recently killed by Bushrangers, on the Forbes Road.

Did you know Henry Lawson was born here later in the same year, 1867 ?

Grenfell is done as best we can in an hour or so. We return to the camper with some goodies from the bakery and continue on our way to Forbes.

There are a couple of reasonably priced overnight options in Forbes, however being parked up overlooking Lake Forbes in Wheogo Park is hard to beat, especially as it’s free.

We have a break for an hour before getting the bikes off and setting out to explore Forbes. Saturday afternoon appears to be siesta time in as we ride along the footpaths through all the main streets without meeting a sole.

Originally known as Black Ridge, Forbes started as a gold strike in 1861. Ben Hall was shot dead in an ambush north-east of the town in 1865.

Cycling back to the camper we spots some BBQs further along the park. So we get some food together and cook our dinner up there. We enjoy some country music as we do.

The rest of our evening is very quiet other than the muffled sounds of the TV in the nearby caravans. 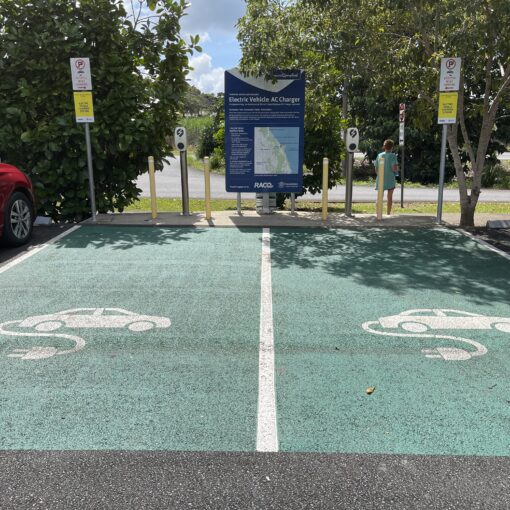 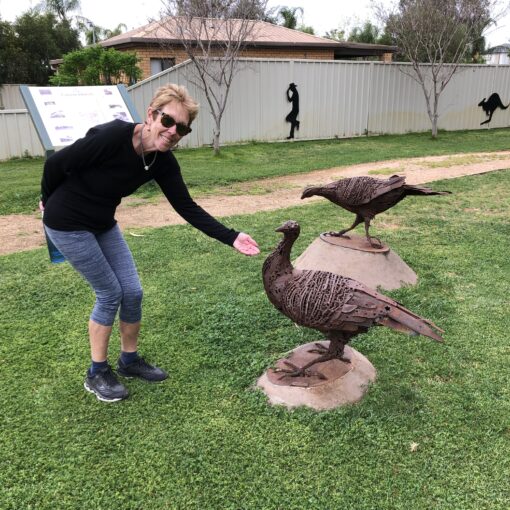 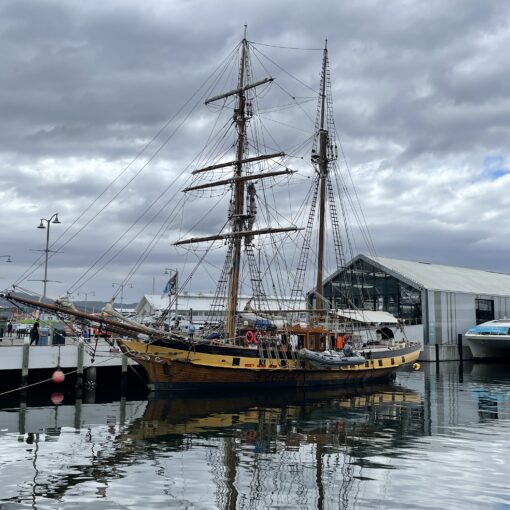 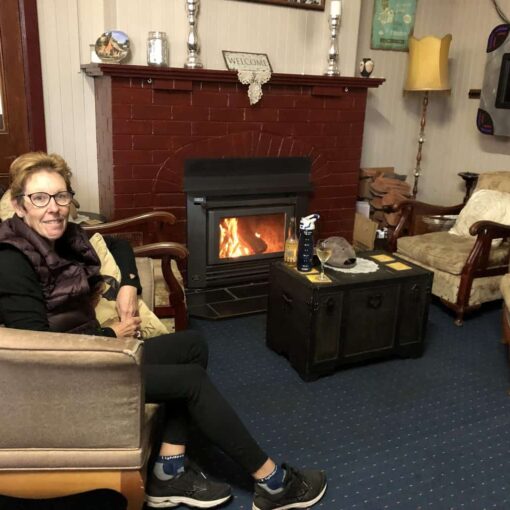