Travelled: 97 kms from Charleville to Wyandra

We escape Charleville with a full tank of diesel about 1.30pm, continuing south on the Matilda Way less affectionately known as the Mitchell Highway at this point. The road is surface is poor, possibly the worst for the trip so far. I basically work out that 90 kph is the maximum we can comfortably drive and not damage something.

Looking in our data-base of overnight stops, Wyandra about 100 kms further south looks interesting and much cheaper than another night in Charleville. So we have set the GPS.

Seeing a brown tourist sign we slow down to investigate. We had never heard of the Angellana Creek Bridge Disaster. As an old firefighter the risks associated with ammonia nitrate are well known, but I was unaware of this explosion. Looking at the date we realised we were overseas at the time. Given the damage to the bridges and vehicles it was amazing that no one was killed.

Some 30 kms later we arrive at Wyandra, we are surprised to find there is a beach here ? The campsite is behind the Post Office come General Store. As the late afternoon closes this small campsites fills with motorhomes and tuggers.

Like us, you would be blissfully ignorant of Wyandra and you will most likely never hear of it again. Wyandra is or was sheep country and like many communities who rode on the sheep’s back, its time has passed.

Once we’ve settled in, which only takes a few minutes we head off to explore Wyandra or what’s left of it. Wyandra has a population of 99 people at the last census, in its heyday the population was only 50 more people but the surrounding stations supported hundreds more.

There are only a few streets but there is some interesting sites.

We find the pub on our way back, I was so excited I forgot to take a photo. We chatted away with some other travellers and the publican. The publican tells us he owns a nearby sheep station (75,000 acres) but times are hard after 4 years of drought. He has de-stocked the property over the years, so the pub gives him something to do. He tells us the recent rain has come too late for winter feed and their issues with wild dogs and dingos. It was a very enlightening chat, he wasn’t complaining, more philosophising life on the land.

Back at the campsite the owner has a fire burning in a pit and we join the other overnight residents for a drink and a chat. Our host is obviously a bit of a film buff as he then starts a film show with a series of Movietone Newsreels from 1960. I watch with interest as Pam has a little refreshing nap.

Spotting a sign to the cemetery, we walk up to take a look. It‘s a lonely sight looking across the cemetery there is one single headstone.

Anyway we enjoyed our short visit to Wyandra and once again continue south on the Matilda Way. 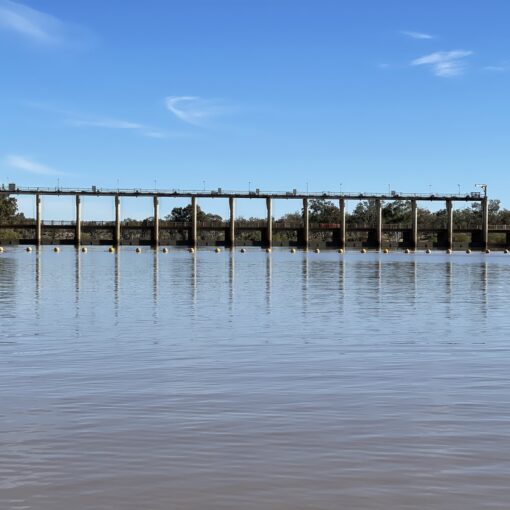 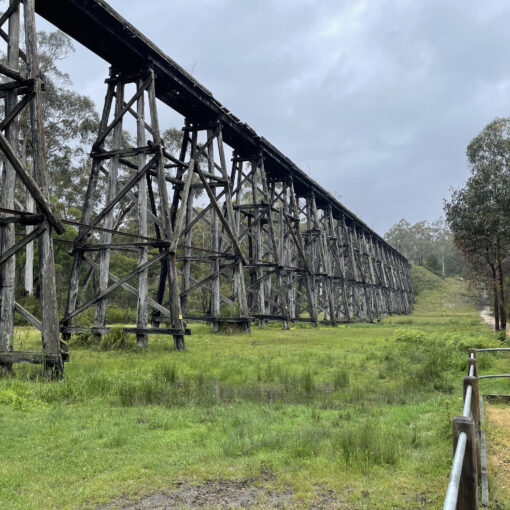 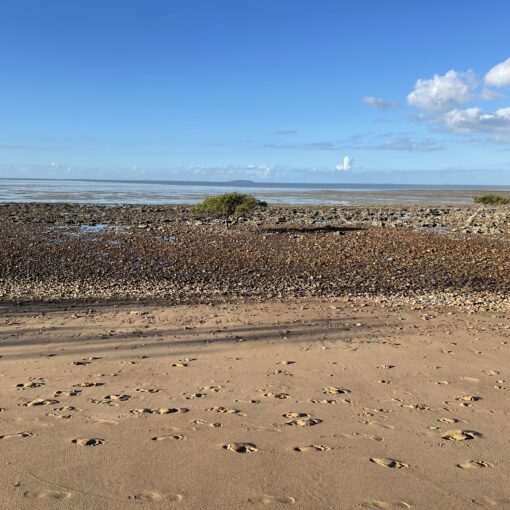 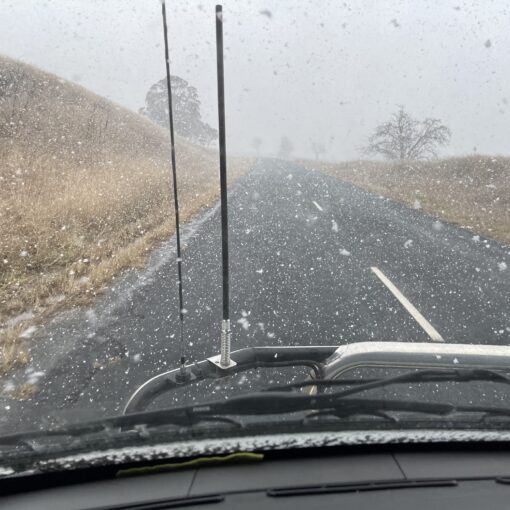