Travelled: 50 kms from Diekirch to Bourscheid in Luxembourg

Pam has found a pool in the next street across from our stop in Diekirch. It’s part of a huge sporting complex including two full size soccer pitches on synthetic grass plus indoor basket ball and gym etc. So we drive the Hymer around to the complex and go for a swim, €3pp.

After doing our laps we return to the stellplatz for breakfast before making the Hymer ready for the road once again.

Our first stop is Ettelbruck only 10 kms up the road.

Ettelbruck has a large museum dedicated to General George S Patton who with his US Third Army liberated the town on Christmas Day 1944. However we’ve decided to just walk the village and have a look around.

We find a parking spot close to the centrum, parking is free on Sunday so all the better.

Behind the Eglise we find this memorial dedicated to the local people who died during WWII and the liberation. After occupation, of the 153 young men conscripted by force into the Wehrmacht, 33 never returned. The Jewish people were deported to concentration camps, only a couple survived. Many other locals were arrested by the Gestopo only a few returned. Then there were those who lost there lives in the liberation of the city, Ettelbruck was severely damaged as the Allies forced the Germans out.

Now here’s an innovative solution to a new age problem. You own the nicest house in the street but there’s alway cars parked in front all day and night. Ring your mate from council and suggest outside your house would be great place to install electric car charging points. Your view of the park across the road is back.

Where soon on a way once again. What should be a 20 km drive become 40 as we find our route closed by a local cycling event, probably a follow up to the Tour de Luxembourg that passed by yesterday. It’s a long detour but we finally cross the River Saüre and roll into the campsite below Bourscheid Castle.

The campsite a little old and un-loved but is a lovely spot on a bend in the river, deep within the hills that surround it. It matters little as we are here to walk the trail to the castle and visit the castle ruins.

We have coffee and lunch and go walking off on the trail marked BS4. Around 1.5 kms later we come to the conclusion that a recent storm has knocked over numerous trees as the trail winds up the mountain and it’s impassable without some risk so we walk back and walk up the road instead. It’s a steep walk but we only get passed by a couple of cars so safe enough.

Bourscheid Castle’s construction started in the year1000, but apparently there were some older fortifications already here. It was an important possession of the Grand Duchy of Luxembourg and the fact sheet tells us it was continually expanded and upgraded for the next 600 years.

By the early 19th century it was deteriorating, falling into ruin, it was abandoned. In 1972 the site was stabilised and some limited restoration commenced.

The castle provides some panoramic views of the valley below, which one presumes is why they built a castle here. Having wandered the ruins following the numbers indicated in the visitors guide for an hour, we start our way down the hill.

By the time we return to the Hymer it was an 8 km round trip. We have a drink in the campsite cafe on our way back to the Hymer. The days are getting shorter and the evenings colder as we get ready for dinner on our last night in Luxembourg. 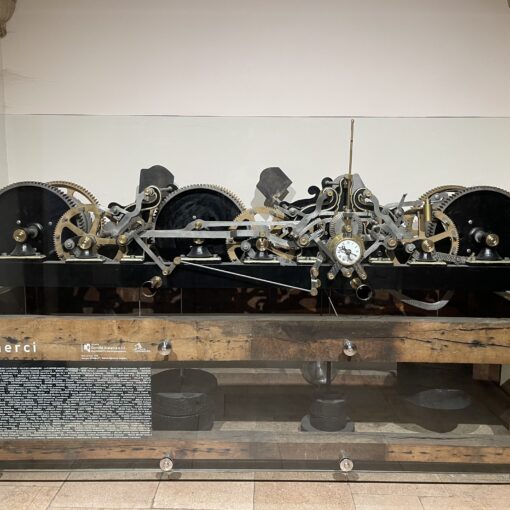 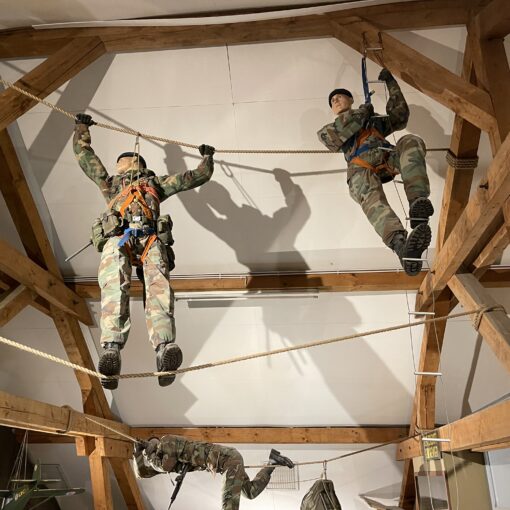 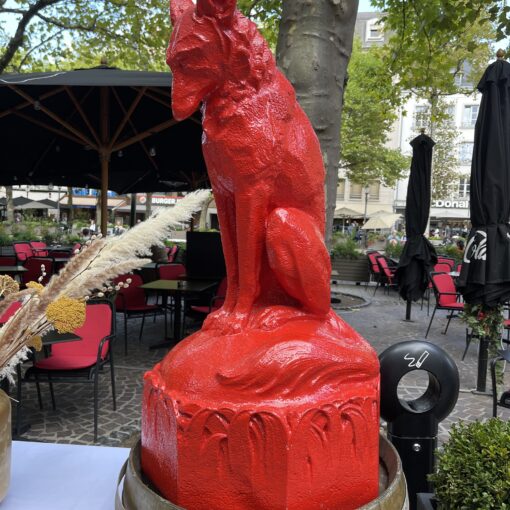 One thought on “Bourscheid, Luxembourg 🇱🇺 2022”