Travelled: 90 kms from Bourscheid to Saint-Hubert in Belgium

We go for a final walk along the River Sauer before having breakfast and making the Hymer ready for the road. We ignore the GPS this morning as its preferred route is along the road closures of yesterday.

It was a good choice as the road to the Luxembourg Belgium border was a lovely drive through farmland. The road narrows, but smooth as silk. Of course all that changes at the border, I’m soon reminded how poor the state of roads are in Belgium.

We by-pass Bastogne as we spent some time there in 2017 and continue west into the Ardennes, a largely forested area of eastern Belgium. Turning off the N4 for Saint-Hubert, our GPS providing a forest drive on our way.

Saint-Hubert has a free aire, it’s well located only 500m from the centrum, so we find a spot which was easy as we were the only ones there. Why are we at Saint-Hubert, well a free stop is a start, but our guide book recommends visiting the towns ancient basilca.

The weather is threatening so we have lunch and walk off through the cemetery to find the Baslique des Saint-Pierre-et-Saint-Paul or the Basilica of Saint-Hubert.

The basilica is huge and imposing and I won’t go into its long history but it became known as Basilica of Saint-Hubert when his remains were interned here in 825. The village was called Andage back then and became Saint-Hubert, such was his fame. It became a popular stop for pilgrims. However during the religious wars of the late 16th century, the basilica was attacked by French anti-religious Huguenots who dug Saint-Hubert out of the crypt and his remains never recovered. As Joni Mitchell sang ‘ you don’t know what you’ve got till it’s gone’.

We walk past the Hotel de Ville (Town Hall) on our way back to the Hymer. Don’t get me wrong we enjoyed our walk and the town but it could have been a more informative experience. So that was our first day in Belgium this year. 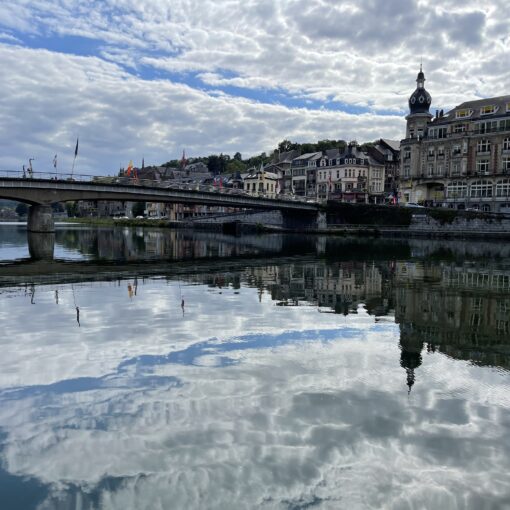 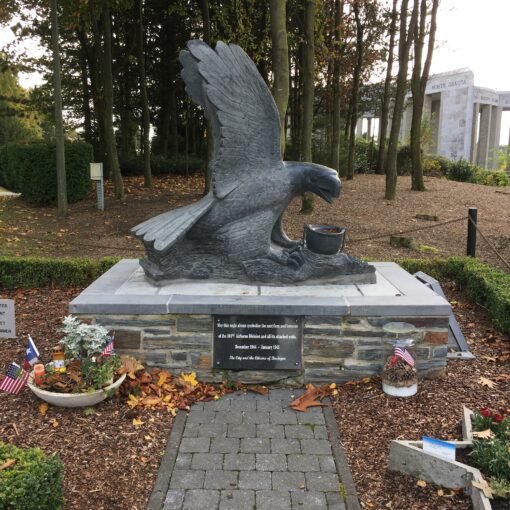 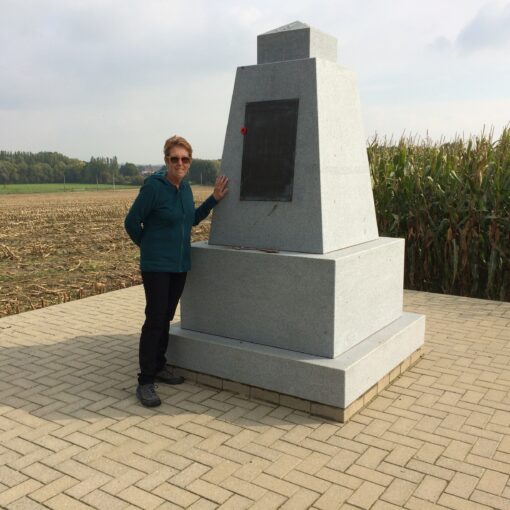 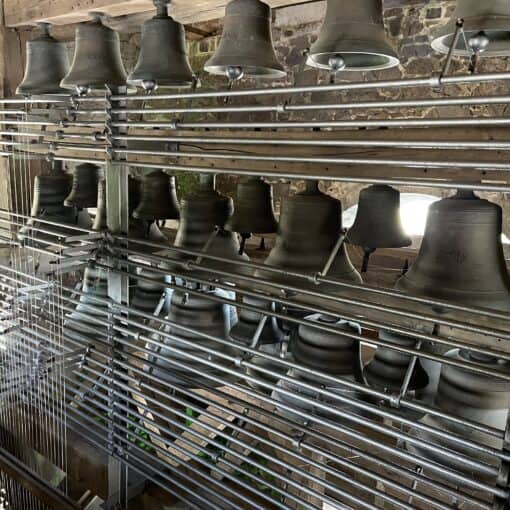