We start the day a little dusty after last nights get together. It was great siting around with like minded travellers sharing our experiences.

So we eventually get ourselves going and ride the scooter back into Trier. The weather is threatening this morning although the forecast doesn’t include rain. So we put the Gortex jackets on, just in case. Lucky as it turns out, it starts to rain as we arrive at Trier’s Roman Amphitheater.

So we pay our €3 pp (seniors) and go exploring. The amphitheater dates to the early 2nd century and it’s pretty amazing. Originally with seating for 20,000 patrons lusting for blood the amphitheater has it all, including underground entry passages for the gladiators.

The photos don’t do it justice as it drizzled throughout our visit.

We thought the amphitheater well worth our €6. Bonus the rain has stopped and it’s clearing.

Our next stop is the Rheinisches Landesmuseum. It’s only 5-600m from the amphitheater but it’s worth moving the scooter being closer to the centrum. Our guide book recommends the Landesmuseum as it chronicles the history of Trier and much of the early settlement along the Mosel valley. As we’ve spend the last 4-5 days in the Mosel, why not.

So we pay €6 pp (senior) for our tickets which come with an excellent audio guide.

The Egyptian sarcophagus and mummy were gifted to the museum and stand out a bit oddly in its own room. Everything else is late Roman empire as the Roman’s loved their wine and the Mosel winegrowers loved trading with the Romans.

There are some excellent mosaics but the lighting was poor so a photo difficult.

After the museum we walk up to the Kaiserthermen, the ruin of a vast Roman thermal bath house, but there’s something wrong with their payment machine and we cannot get in. So we move on.

Our next quick stop is the palace gardens and the Kürfurstliches Palais, pictured below.

Our last formal stop is Konstantin Basilica, pictured below. It was built in 310 AD as a Roman Throne Hall. I doubt if you’ve ever seen so many red bricks thrown at something. It has been many things since but after being badly damaged in WWII it was eventually given over to the Protestant Church who stripped it to its current austere look.

So we’ve done Trier as best we can over a couple of days. We walk up the main shopping precinct for a final time and have a light lunch. We find a couple more pigeon perches, pictured below, before riding the scooter back to the Hymer.

Last photo. Pam goes for a walk this morning looking for Johannes’ Roman Bridge. She tells me it was 1.25kms from the stellplatz. The Römerbrücke dates to the 2nd century, the nine bridge pillars are original the arches having been refurbished in the 12th century.

Trier is sadly our final stop in Germany this year, so we’ll have a different country to explore tomorrow. 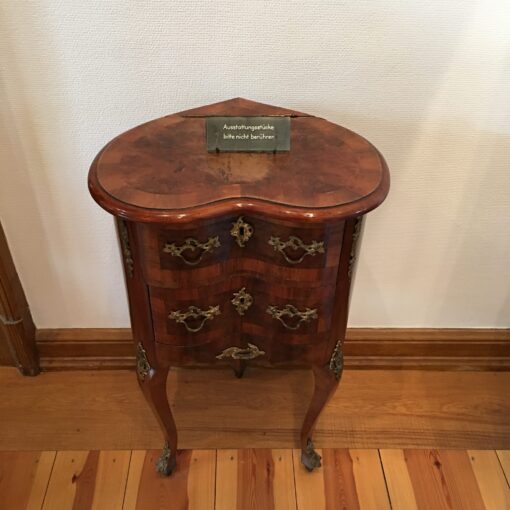 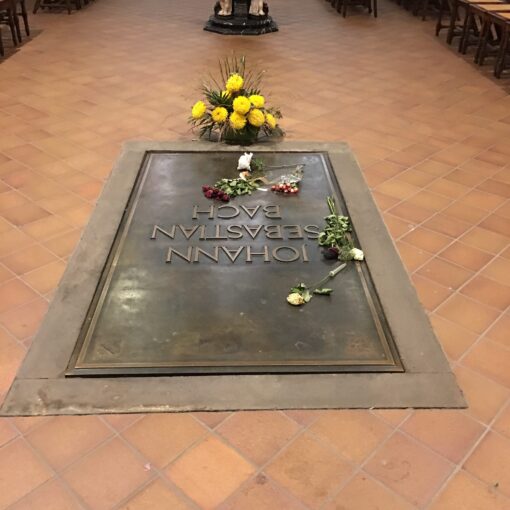 Travelled: 171 kilometres from Brandenburg to Leipzig in Germany Visited: Brandenburg and Leipzig Stayed: Parklands on the canal in Leipzig, free no […] 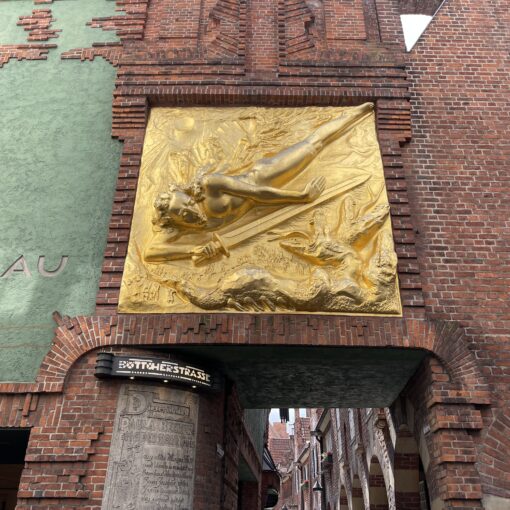 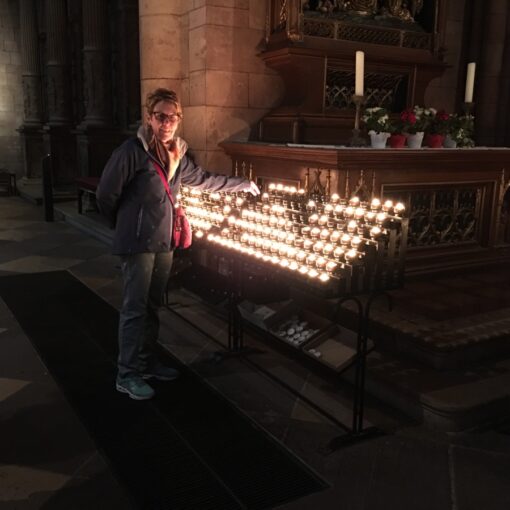