Travelled: 70 kms from Wehlen to Trier

After a coffee and some fruit we ready the Hymer for the road once again. We sadly say goodbye to our glorious view of the Moselle and make our way up the steep driveway and turn for Trier. We do a quick stop at the Lidl as we pass by.

The GPS indicates the freeway is the quickest route, but we plan on driving the B53 which follows the Moselle to Trier. Although a 20 kms longer route we hope it’s more scenic.

We roll into Trier and go straight to the stellplatz and find ourselves a shady spot. It’s a few kilometres from the city centre, so we unload the scooter.

Why are we visiting Trier ? Well apart from being on the way and our final stop in Germany, Trier was established more than 2,000 years ago and our guide book tells us it has the best roman ruins in Germany. But we’ll see for ourselves.

We ride the scooter around the old city to Porta Nigra, the Black Gate, pictured above.

The Porta has a fabulous history, it was built by the Romans in 170AD and remained Trier’s main entry gate through Roman times. By the early middle ages it had been abandoned. As the story goes a Greek monk named Simeon lived there as a hermit around 1025. When he died he was canonised and the ruined gate was rebuilt as two churches. Napoleon Bonaparte takes a dislike to the church and adjoining monastery and forces its closure and it once again falls into ruin.

From the gate we walk the Simeonstraße (named after our Greek mate) into the Hauptmarkt.

Our next stop is the Dom, the Cathedral of Trier. Built above the Palace of Constantine the Great’s mother Helena, it resembles a fortress from the outside but inside it’s all romanesque with some amazing baroque touches.

Behind the Dom we find the cloisters and cathedral gardens.

Next door the Liebrauenbasilika, one of German’s oldest gothic churches. Renovated in 2011 its colourful stained glass lights the interior with a lustrous glow. Each of its 12 columns represents an apostle, as you can see below. Building commenced around 1230, but the Liebrauenbasilika stands on the foundations of an earlier church built by Constantine.

So we’ve done enough Roman ruins and churches for one day and there are still more to do here in Trier. The afternoon has disappeared as we walk back to the scooter and ride back to the stellplatz.

An English couple Jane and Darren have asked us over for a drink and a chat, so we cook dinner first and leave it ready for post drinks. Post drinks ends up being 10 pm as we are joined by another couple from Aus at one point. So dinner doesn’t get eaten and it’s highly likely we will feel a little dull in the morning. 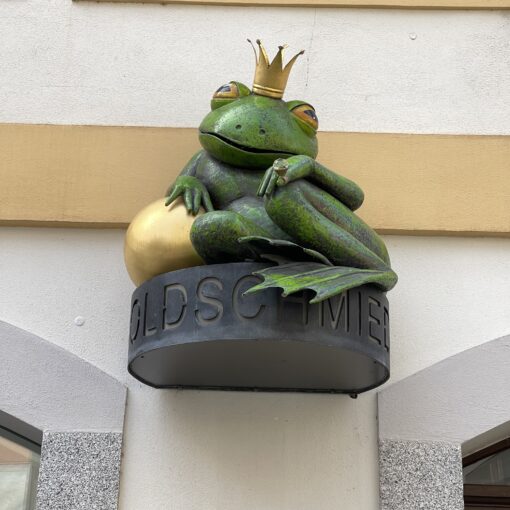 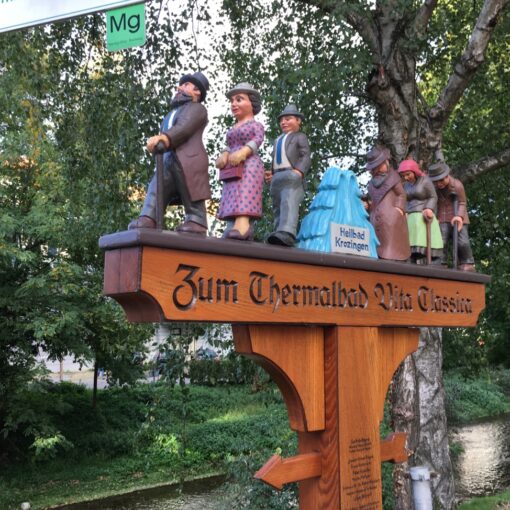 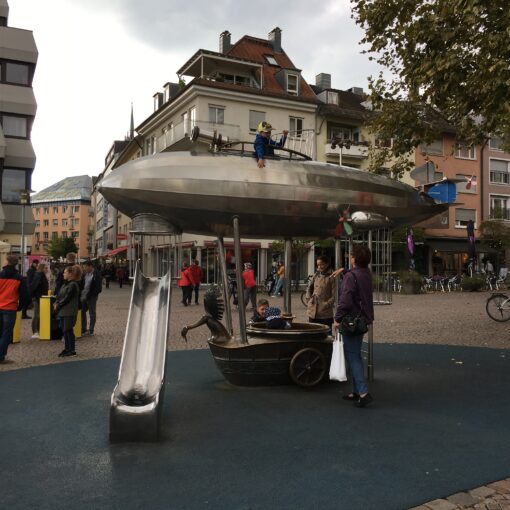 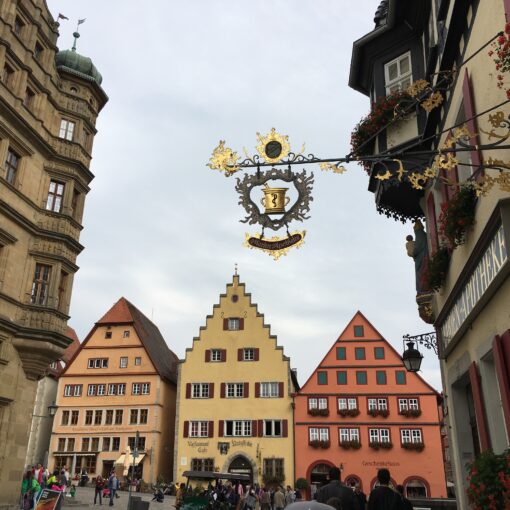