After our second quiet evening in Chefchaouen we know we must move on today. We have our usual coffee and fruit, service the Hymer and move to the gate. I don’t acknowledge the gate guy as he is a rude shit. There are two gate guys, the afternoon guy who is very helpful and the morning guy who is obviously not a morning person.

The morning mist is heavy and cold this morning. As it’s early we pass through Chefchaouen with little traffic and make our way south. As Michael stupidly didn’t purchase a GPS map for Morocco, we are travelling using the road signs and the iPhone.

Map of Morocco, you can zoom in to Volubilis.

Some two hours later (30 kms north of Meknès) we turn for the ruins of the Roman city of Volubilis. Standing on a hill overlooking a fertile valley, the views are spectacular. We manage to park under a tree in the shade, much to the car-park guy’s objection. He was obviously saving it for someone. His objection disappears when I sling him a couple of dirham. If you can park three cars anywhere in Morocco, there is a guy there trying to manage the parking for a fee. People need to make a living, so go with the flow is our Moroccan philosophy.

We pay our MAD70 (about €7) entry fee and walk up the hill to the ruins. Originally a Carthaginian trading post, it was annexed by Rome in AD 40. It flourished as the south-west out-post of the Roman Empire until the fall of the Empire. Moulay Idriss (the grandson of the Prophet Mohammed) lived here in the 8th century. The marble was plundered over the centuries, but it was still occupied until an earthquake in 1755 flattening the place.

We hear the twang of Aussie voices and say g’day to a small bus load of Australians and have a quick chat.

Volubilis is far from the most spectacular ruins we have explored, but the mosaic floors in several of the houses are special. While most have some damage naturally enough, the detailed human and animal figures and patterns are stunning.

We do our usual one hour abridged version of the ruins. The early afternoon sun is savage and there is little shade obviously. We make our way back to the Hymer which thankfully is in the shade, have lunch and continue on our way.

Some 15 minutes later we arrive at our campsite and base for visiting Meknès tomorrow. Camping Zerhoune has shade and power, so meets all our basic needs. Mind you they have no wifi and our own wifi system is very very slow. The place is almost full of large French motorhomes. It appears the French travel in packs.

We settle in, have an hour’s rest before asking the owner to arrange a taxi to Moulay Idress. Our guide book recommends a visit, so why not. Strange as it may seem, Moulay Idriss was founded by Moulay Idriss (the Prophet Mohammeds grandson) and his followers in the 8th century. He tomb is considered the most Holy site in Morocco.

It is soon obvious they don’t get many western tourists here. Not that we felt uncomfortable, but we did get more looks. The town of Moulay Idress was closed for non-Muslims until 1912. Non-Muslims could not stay overnight until 2005. The area around the mosque and tomb are closed to the likes of us and there is a Policeman standing at the barred gate.

So we have done Moulay Idriss. Whilst it’s obviously not as pretty as Chefchaouen we enjoyed an hours walk around the village. The call to prayer is reverberating through load speakers all around the village as we climb back into our taxi and return to the campsite. 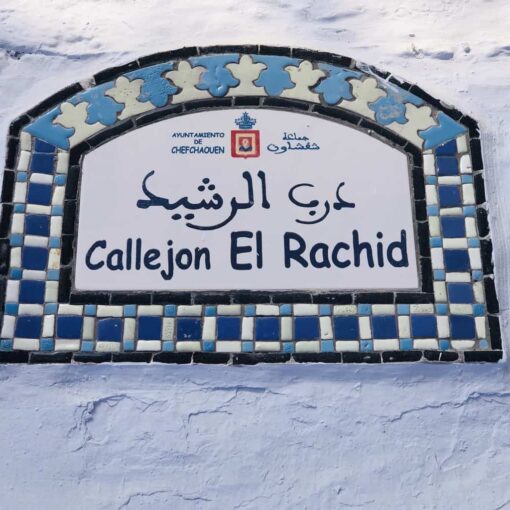 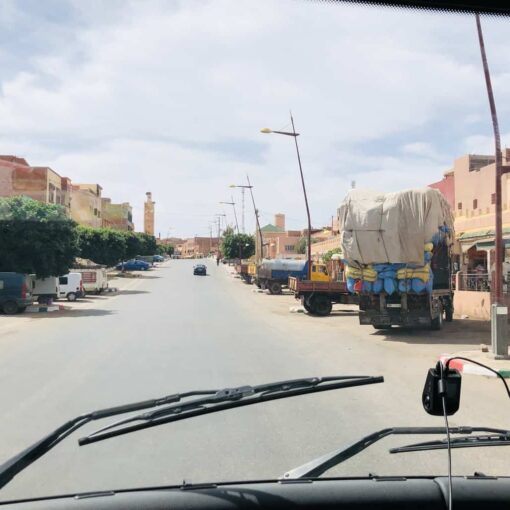 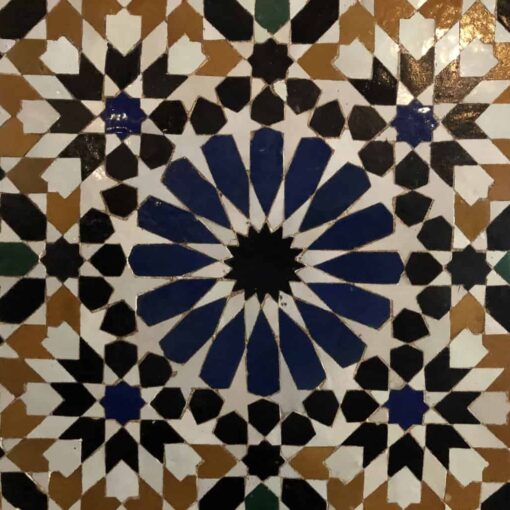