Travelled : 206 miles from Toledo to Burgos, Provence of Castile-Leon

We have a couple of boxes to tick up in Northern Spain, so it’s a driving day.  After our noisy night in Toledo, we are eager to get away in any case and we are on the A42 early.  It’s just first light about 8.15 and there’s a little traffic to our surprise.  It’s only about 50 kilometres to Madrid and it’s all freeway as we depart our overnight stop.  In fact in the 300 or so kilometres today there are no traffic lights or stop signs until we turn off the freeway in the centre of Burgos.  We are a little concerned about Madrid but the ring road is well sign posted and we are around it at 100 kph and heading north out of town with ease.  In fact we stop and do some housekeeping issues with the camper at a huge Repsol service station and Skype young Nicholas in his bath at Hill Top by 9.30 am local time.

I won’t church it up, it’s a flat and arid landscape with little to talk about. But it is north of Madrid rather than north of Dubbo and the roads a hell of a lot better. There was initially a lot of traffic but it thins out and most people are driving on the speed limit of 120kph except us at an easy 100kph (cruise control) and the occasional truck at 90kph. Suddenly we are approaching Burgos, the freeway runs right into the city, we take the ramp and turn onto a beautiful green boulevard of trees with the river on our right.  Our parking lot is only another 500 metres on the same street.  It’s small, there are several other camping cars already there and lots of cars. Luckily some one departs and we grab a spot. It’s pay parking and I go over to decipher the machine.  I have become reasonably good at working them out but this one’s a corker.  Luckily some very attractive Spanish woman comes along and she gives me the good oil. It’s free after 2 pm (and it’s now 1.30), you can put you number plate into the machine and you get a grace period.  No wonder there is a queue for the machine.

Burgos is truly a lovely city, the old town is full of nice little cafés and restaurants, a good mix of old and new architecture.  The are some interesting fountains and lots of bronze street art.  Mostly though it’s green, there is grass in the parks, the trees are big and in good health.  Along the river there is a series of huge topiary shrubs.  The Cathedral is one of the largest and most lavish in Spain, it’s wonderfully preserved and the English audio tour actually up to speed as well.  Not only do we get to see El Cid’s tomb, but his coffin which sits on a shelf in one of the 20 odd chapels as well (it was a big shelf). I should also add Cid’s coffin has heavy iron straps and padlocks all around it, so they obviously didn’t want him getting up and wandering about.  Enough cathedrals for today, so we continue walking about.  Pam gets a haircut while I go looking for a bike shop, then back to the camper for a rest.

Our little car park is just mayhem ! It’s no longer full, it’s choked up. It’s a very small space as it is, cars are parked in the middle of the entrance, then double parked on the sides.  I’m getting a bad feeling about this car-park, but there no way we or any of the campers can get out.  So we shower, get dressed and head off for dinner and drinks. The food and drink in Spain is generally very reasonable and we share a selection of various treats and two rounds of drinks for €20 in a nice little cafe.  Then walk the little streets and lanes for an hour or so before heading back to the car-park from hell.

I have probably mentioned before the Spanish eat late, it’s now 10pm, the car park is at 200% and more cars are driving in and getting stuck. We decide to just go to bed and ignore it all, which we manage to do until some Neds commence a singing and yelling competition at 4am.  I have a look out the window the car park is still full ! The bars must close about 4am because within 30 minutes the car park pretty well emptied out, the drunks had driven off and we went back to sleep.

We have a new rule, no big towns on a Friday or Saturday night unless we stay in a proper campsite. 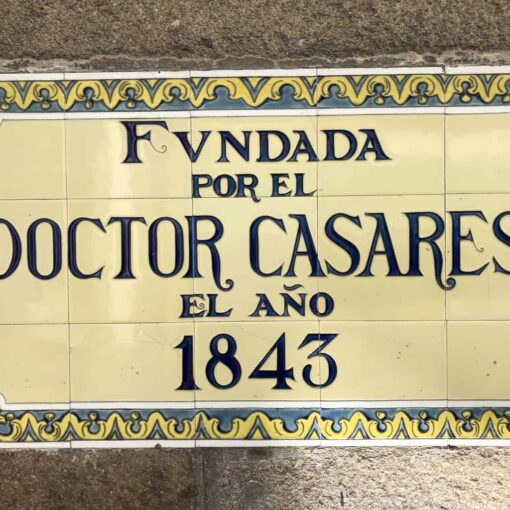 Date: 29th July 2019 Travelled: 79 kilometres from A Coruña to Santiago de Compostela both in the Province of Galicia Visited: Santiago […] 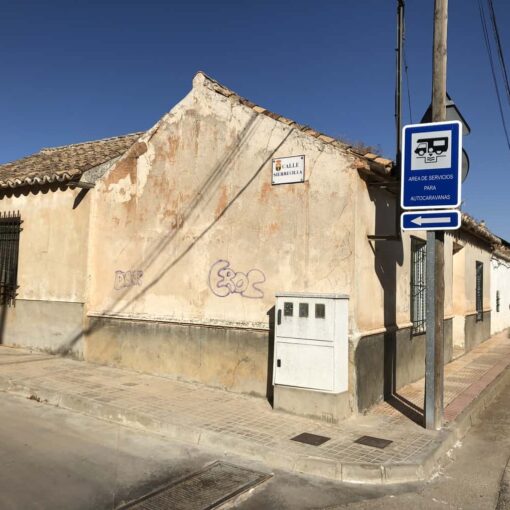 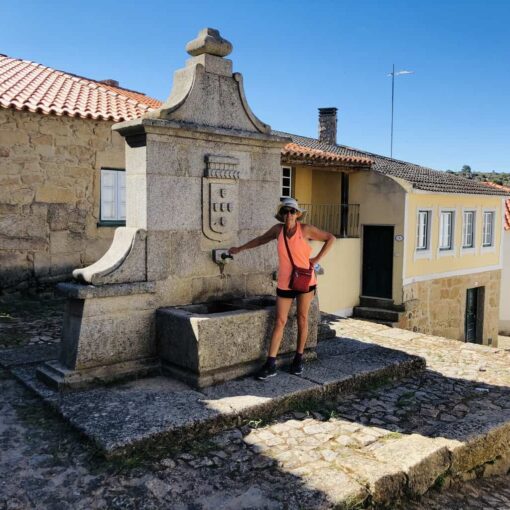 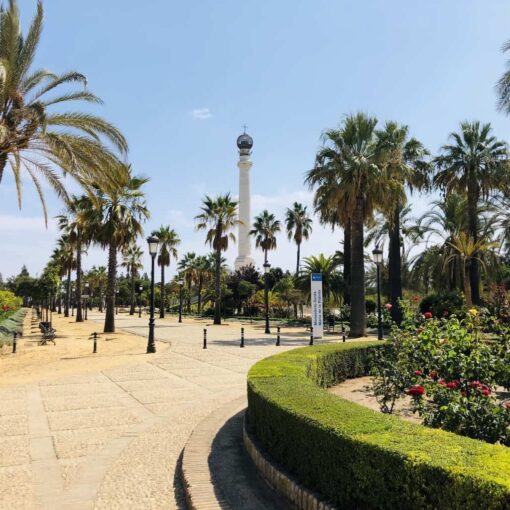 Date: 8th September 2019 Travelled: 179 kms from Ayamonte to Seville both in the Province of Andalucía Visited: Monastery of La Rábido […]