Travelled : 118 miles from Peniscola to Segorbe, Provence of Valencia.

We depart Peniscola thinking a day or two on the beach just relaxing would be nice.  Jeanne and Martin, the Dutch couple parked next door last night, have recommended the beaches around Alcossebre.  Kindly they have also suggested a Cepsal service station on the way that has a camper car service point.  So we head there via the Mercadona Supermarket.  We need to stock up on beer, wine and prawns if we’re going into beach mode.  The seafood at the Mercadona is fresh and cheap.  The fresh prawns are a good size and perfect at €8 kilo, the salmon fillets, cut as you wait at €14 kilo, we give the salted sardines a go as well.  An hour later we have serviced the camper at the Cepsal and turned off the N340 for Alcossebre.

Alcossebre is about 8 kilometres off the N340.  As we come into town we can tell it’s suffered less from over development than some other places on the coast.  There are still several large condominiums but no large empty apartment blocks that seem to line the waterfront in places such as Peniscola.  When we find the ocean we follow the coast road.  The development thins out and every couple of hundreds metres there is a small informal car park overlooking the Mediterranean. Almost every car park has a couple of campers cars, but it’s not crowded by any means.  We pull into one with two German campers.  We jump out to have a look at the beach itself, four naked Germans look up and wave hello.  We wave back and decide not to mention the war.

Anyway long story short if your easily offended Spain’s probably not for you.  We wave goodbye to our new German friends and continue down the road.  A kilometre or so down the road we arrive at Cap i Corp and find our Dutch neighbours from last night have already set up on the waters edge.  We stop and have a chat, Jeanne and Martin ask if we are staying and we set up as well.  When your wild camping it’s always better to park with someone else, it’s just feels a bit more comfortable.  Jeanne is a bit of a wonder and has the password for all the local wifi at nearby restaurants, we suspect they may have been here once or twice before.  Anyway we have some nibblies and drinks before calling it a night.

It wasn’t a perfect sleep but entertaining, around 2 am we are woken by thunder and lightning.  We sit up and watch the storm circle us and the numerous lighting strikes out to sea.  Anyway it then starts hammering with rain and we go back to bed and have a sleep-in the next morning.  Then it’s back to the beach, waving at naked people and generally enjoying the sea and sun.  We head back into Alcossebre for a late lunch and to walk the shops for a while, before spending another dusk on the beach watching a storm pass by.

It’s time to keep moving on a we say goodbye Jeanne and Martin and get back on the N340. We stop for lunch on the beach at Nules, our last look at the Mediterranean this trip.  We turn of onto the A23 at Sagunto and head north-west.  Another freeway, mostly 3 lanes each way, with hardly a car on it, just a few trucks.  An hour later we arrive at Segorbe and follow the camper car signs.  We find ourselves in a neat little parking spot adjacent the old railway station.  It’s free, so an immediate favourite with Pam.  We join the 3 other Dutch campers, have a quick chat and a woman produces a local tourist map.  It’s a small but very tidy little town, lots of roman ruins and a lovely old square near the church which was closed unfortunately. 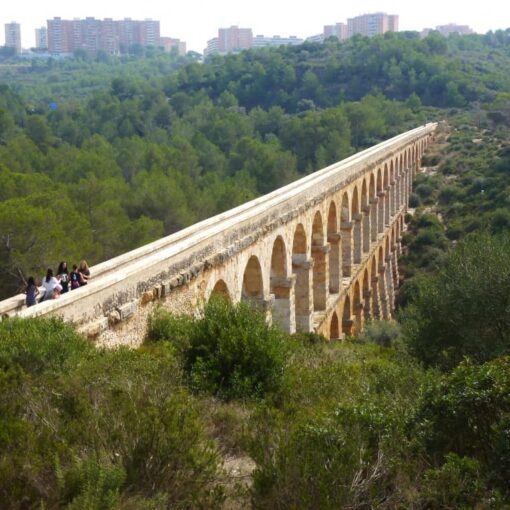 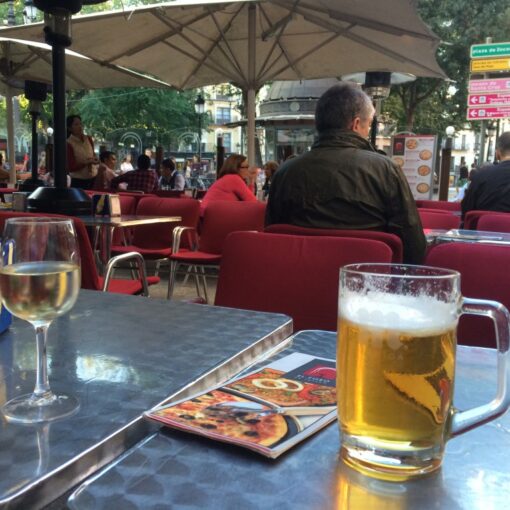 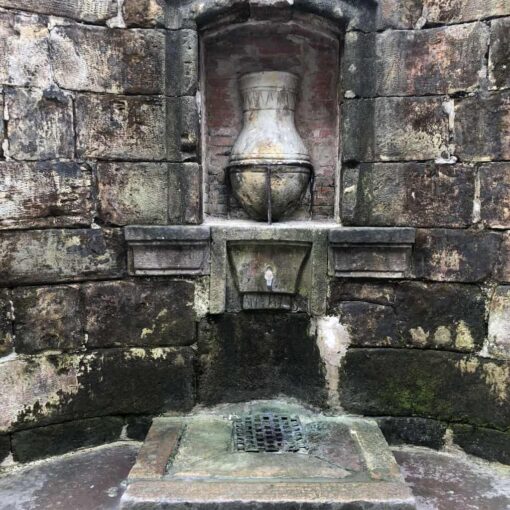 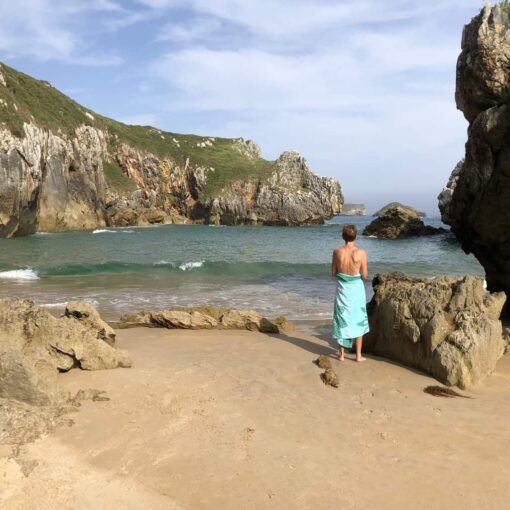 Date: 23rd July 2019 Travelled: 55 kilometres from Llanes to Llastres both in the province of Asturias Visited: Playa St Martin and […]