We spend our third day on the beach at Sant Felui, it’s just such a nice town.  The water is as clear and clean as a glass of Warragamba’s best.  It’s sunny and almost hot, just tempered by the sea breeze.  Did I mention it’s a free Aire…

Back from the beach about 3pm, we decide to get back on the road, we’re here to see Spain or at least as much as we can in the time available.  By 3.30 we wave goodbye to the gang from the Netherlands and point the Hymer south.  This is the Costa Brava and the road south of Sant Felui, the GI682 has some of the most dramatic and picturesque coastal scenery I have ever seen.  The road winds it way around the cliff tops for 20 kilometres.  Literally the road clings to cliffs by the treated pine posts that line the edge of the road.  The Hymer lurches left, then right…your can imagine how we spend the next hour.  Me looking and pointing, Pam telling me to focus on the road.  All good things come to an end and by Llorent de Mar we are back at see level thinking about a spot for the night.

For once we cannot find anything close by in the books and GPS data base other than an expensive campsite with water slides and plastic dinosaurs.  In Arenys de Mar we find a large car park fronting onto the beach, it’s well away from the main road and the railway line.  We drive up and down hoping to find another camping car to park with but no luck.  We get out the BBQ cook a steak, settle in with a beer thinking another camping car will come along.  Well none did, in fact everyone else left.  So here we are in this huge carpark on our lonesome. It was a bit nerve racking for a while, the odd car would drive up and park well away for while, then go.  Anyway it was free, with an ocean view.

We try to leave our car park to find the road is blocked off.  Apparently the Barcelona Iron Man is on today and the N11 is closed for 8 hours ?  Anyway after some arguing with the man at the barrier, he calls the Police.  Realising we were just stupid Australian tourist who cannot read Spanish signs, the Police organise two motorcycle police to escort us through town and onto the freeway.  An hour later we are in the traffic in the centre of Barcelona.  We only have two choices, stay well out of the city in a campsite or pay through the nose in a secure parking area.  We decide on the later as Barcelona is a huge sprawling place and we don’t want to spend all day getting in and out of town.

Our car park is behind the National Catalanya Musee in the old Olympic precinct.  At €30 it’s a rip but the jump on-off bus stop is a 100 metres away and it has 24 hour security.  We have purchased a two day passes for the bus at €70, another rip.  I may as well state the obvious up front, Barcelona is a very expensive place, there lots to see and do but everything costs, even the parks charge fees.  I think I read somewhere hosting the Olympics sent the place broke and we suppose they have some huge debt to recover.  Anyway we head off to do a lap of the city, we see the Gaudi this and the Gaudi that, get tickets for the Sagrada Familia and generally wander about.  It’s been a long day getting on and off a very slow bus.

On our second day we have more of a plan and head off on foot though the Olympic precinct through the stadium, then take the gondola to the Castell De Montjuic which overlooks the port and city.  It has some fabulous views and some great exhibitions and little musee, probably the attraction we enjoyed the most.  Then onto the Basilica Sagrada Familia, Gaudi’s unfinished masterpiece.  As a piece of artwork that you can enjoy and consume from every angle both inside and out it’s visually overwhelming.  You can understand why it’s still incomplete as it must be a money pit to complete and maintain.  But as a house of god I am less sure, we both thought it may have lost it’s way somewhere.

We spend our second afternoon walking the city centre, having a pizza, beer and rose in a little footpath restuarant (€8.90).  Then take the opportunity to make our last donation to the city coffers by taking the Sant Sebastia Skyway (a gondola that traverses the harbour) which again give a different perspective to the city.  Weary and a little footsore we walk the last 100 metres from the bus stop to the Hymer and glad to see it we are.  We shower, service the Hymer and get out of Dodge rather than spend the night and have to cough another €30.  There’s lots of traffic but it’s all moving fairly quickly and where on our way south west again. 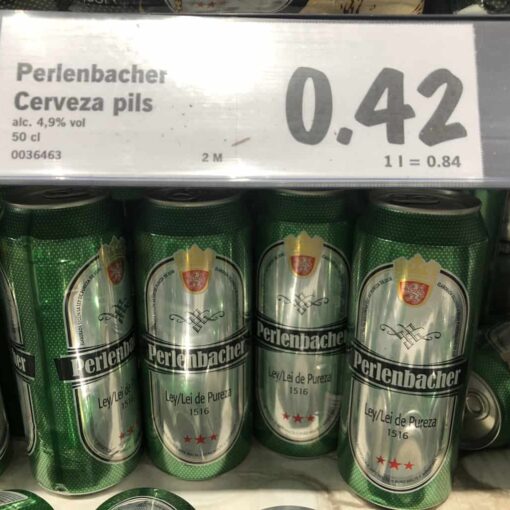 Date: 25 July 2019 Travelled: 43 kilometres from Playa Salinas to Cudillero both in the province of Asturias Visited: Aviles and Cudillero […] 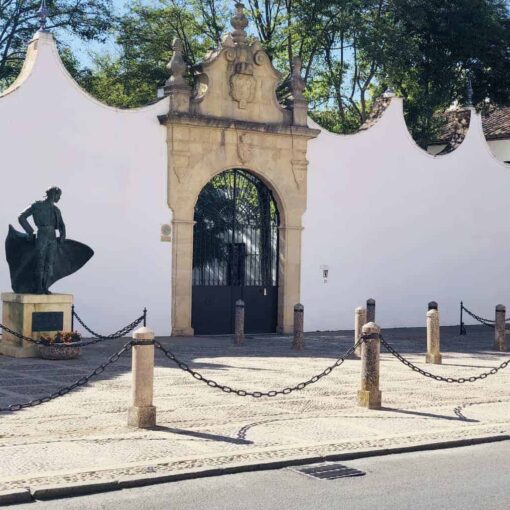 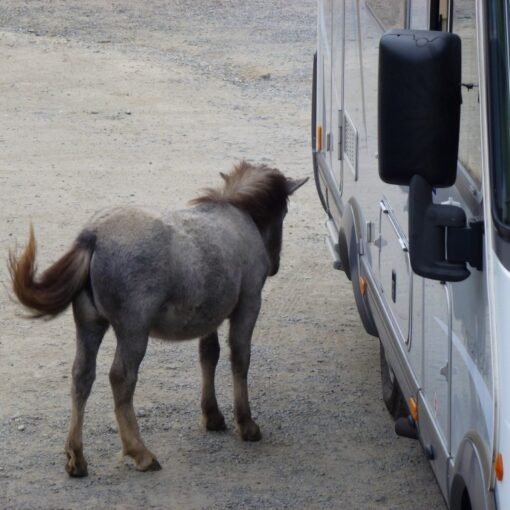