Travelled: 132 kms from Évora to Mértola

It was late morning by the time we departed Évora, making our way south along the IP2. The road is excellent. We stop at Beja finding a shady spot and have lunch and a rest for a couple of hours.

We refuel at the Intermarché (which also has a service point) in Beja then continue south for some 20 kms before turning south-east for Mértola. It has become noticeably hotter than the previous day or two.

Map of Mertola, giving reference to its position in Portugal.

Our data-base shows a couple of parking spots in Mértola but one on the Rio Guadiana has our attention and we drive down the steep cobbled road until we find it.

The story of Mértola is not unfamiliar to us now. Established by Phoenician traders, assumed by the Carthaginians, who in turn were driven out by the Romans. On the collapse of the empire, the Moors held Mértola and the rest of southern Spain and Portugal until they we driven out by the Knights of the Order of Santiago in 1238.

Hence Mértola has some Roman ruins, the remains of an Islamic village and a very unique church that was originally a mosque. To top it off there is a large Castelo on the hill, built by Dom Sancho II (Zoro’s offsider from memory) in the 13th century.

Next door to the church there is an excavation site and display museum. The exhibitions overlap somewhat between the Roman and Moorish times.

Finally at the top of the hill we enter the Castelo and spent 10 minutes walking the parapets taking in the views around Mértola. 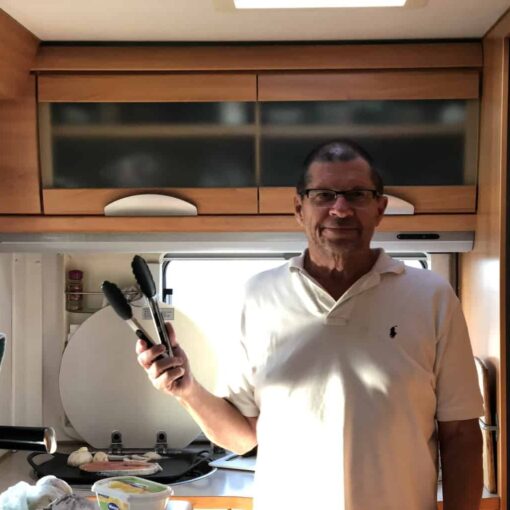 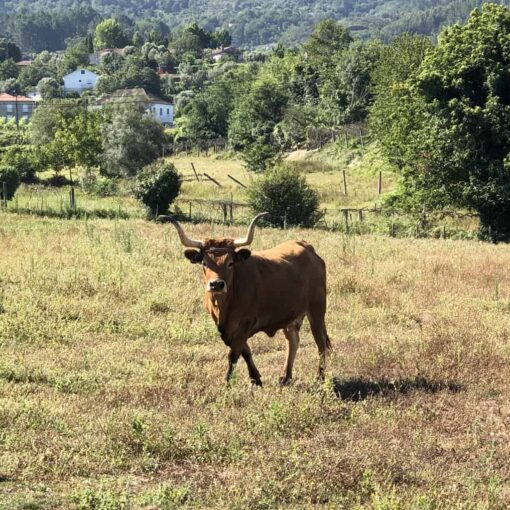 Date: 4th August 2019 Travelled: 21 kms from Ponte de Lima to Ponte da Barca both in the Province of Minho Visited: […] 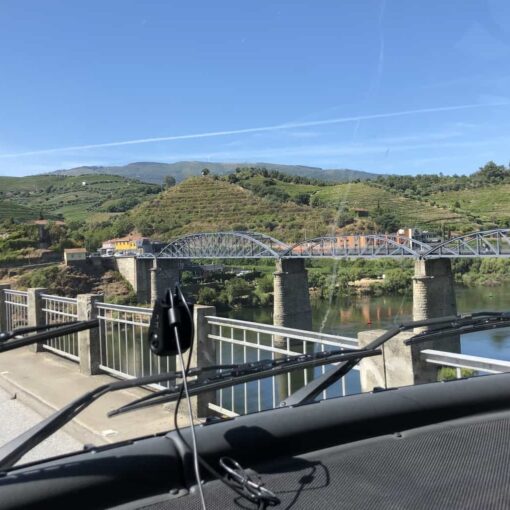 Date: 13th August 2019 Travelled: 158 kms from Porto to Moimenta da Beira in the Province of Beira Visited: Driving the Alto […] 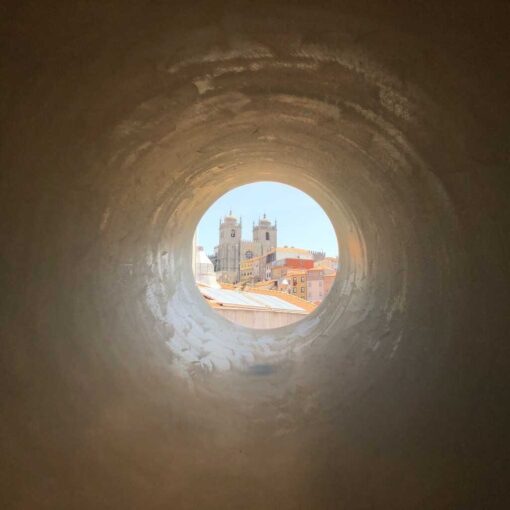 Date: 12th August 2019 Travelled: 56 kms from Amarante to Porto both in the Province of Douro Visited: Porto Stayed: Venda Nova […]